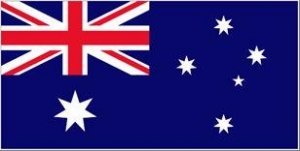 CANBERRA, (Reuters) – Child prostitution is on the rise in Australia with an estimated 4,000 children as young as 10 selling sex for money and drugs, a new report says. The study by Child Wise, the Australian arm of the global End Child Prostitution Pornography And Trafficking group, is based on anecdotal evidence and estimated that one in five children on the Internet was solicited by strangers for sex.

More young people are at risk of exploitation and greater numbers are falling through the gaps, maybe homeless or on drugs, and engaging in sex for survival”, Child Wise national director Bernadette McMenamin told Reuters. ,,It is impossible to accurately estimate the number of child prostitutes as it is a hidden area but we’ve found about 4,000 and all the indications are that the problem is increasing.”

McMenamin said the study was released in time for the Second World Congress Against the Commercial Sexual Exploitation of Children in the Japanese city of Yokohama from December 17 to 20. She said the first world congress on child sex exploitation in Stockholm five years ago raised awareness of the problems and prompted a lot of rhetoric but not enough action. Figures released by the Council of Europe last month estimated one million children are sexually victimised worldwide in a clandestine market encompassing human trafficking, sex tourism, child prostitution and pornography.

The Australian report, ‘The Child Sex Trade Exposed’, said child pornography had flourished on the Internet. The Australian Broadcasting Authority took action last year against 144 Web sites with offensive child material and 48 with paedophile activity. But it was not just child pornography traded on the Internet that was a concern, but men building online friendships, often lying about their age, and then arranging to meet young people for sex, a practice known as ‘chicken hawking’.

The report cited the example of a 41-year-old Melbourne man who was arrested in April this year after flying to Brisbane to meet a 12-year-old girl he had met online. ,,But despite this happening, Australia is one of the few OECD nations that does not have a national law enforcement response to child pornography and child sexual exploitation on the Internet”, McMenamin said. McMenamin said the rise in the numbers of child prostitutes in Australia was also worrying, with some girls brought into Australia from overseas to join the industry.

One example was Jennifer who left home at 13 after her parents separated and her mother started drinking. Jennifer turned to drugs and started selling sex to support her habit. ,,We might not be able to stop child prostitution but we can reduce the numbers entering prostitution by identifying who is at risk and providing better support services”, McMenamin said. McMenamin said more was needed to stop child sex tourists.

Australia was one of the first nations – in 1994 – to develop laws to prosecute citizens buying sex from children overseas with seven successful convictions since and one case pending. But a police unit set up in 1995 to investigate Australians engaging in child sex tourism was closed this year. ,,We’re paying lip service to child sex tourism, which is growing, and an explosion in child pornography on the internet is not being dealt with. We’re losing the battle”, McMenamim said.