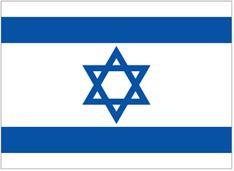 There are no official numbers regarding the extent of prostitution and the traffic of women in Israel, but there is a general consensus that it is becoming more prevalent. (CEDAW Report, 8 April 1997)

There has been a steady increase in the numbers of foreign women involved in prostitution who are arrested for illegal stays in Israel and who are detained before being deported to their home-countries; in over 95% of the cases, they were from the former USSR. The average time these women spend in prison is 50 days. The women themselves are supposed to pay for their expenses to leave Israel, but when their resources are inadequate, the Ministry of Interior finances their deportation from a special budget. (Authorities, Neve Tirza women’s prison, CEDAW Report, 8 April 1997)

Russian women are bought and sold by pimps in Israel for prices ranging from US$5,000 to $20,000. (Police sources, “‘Invisible’ Women Shown In Russia’s Demographics,” Martina Vandenberg, St. Petersburg Times, 13 October 1997)

Women trafficked from Eastern Europe, were stripped and sold naked as slaves to Tel Aviv traders for US$500-1,000. Smuggling, fraudulent documents, collaboration between police and brothel owners are involved. There are routine brutal beatings and sexual abuse. (New York Times 11 January 1998)

The non-profit Israel Women’s Network estimates that 70% of prostituted women  in Tel Aviv, Israel’s commercial center, come from the former Soviet republics, and that about 1,000 women are brought into Israel illegally each year. At any one time, as many as 100 women may be awaiting deportation in Neve Tirza women’s prison near Tel Aviv’s Ben-Gurion airport, a prison spokeswoman said. (Elisabeth Eaves, “Israel not the promised land for Russian sex slaves”, Reuters, 23 August 1998)

A poll by the Women’s Network showed 44% of Israelis believed all Russian immigrant women provided sexual services for pay. Illegal immigrants in Israel, who are mostly Russian, are often stereotyped as having brought crime and prostitution while exploiting Israeli laws enabling anyone with a Jewish grandparent to immigrate.(Elisabeth Eaves, “Israel not the promised land for Russian sex slaves,” Reuters, 23 August 1998)

While trafficked women are frequently arrested as illegal workers, the men who brought them to Israel — many of whom are Israeli citizens — are not. Justice Ministry spokeswoman Etty Eshed said the government would think about making legal changes to address trafficking in the “near future” but had no date or plan for doing so. (Elisabeth Eaves, “Israel not the promised land for Russian sex slaves,” Reuters, 23 August 1998)

Police in Israel say they are powerless to stop the flow of trafficked women until the laws change. “They (trafficked women) are very much afraid to come to the police and complain, so the police really can’t do anything,” said spokeswoman Linda Menuhin. “The problem is there is no law against trafficking people, and no law against prostitution.” Rachel Benziman, legal adviser to the Israel Women’s Network, said there are a variety of crimes — rape, abduction, battery, deceit and theft — which the authorities rarely bother to prosecute for, even though they have the power to do so. “It’s not a problem of finding the right section in the criminal code. It is more a problem of finding the women who will testify and finding the motivation. When it comes to drug dealing, the police don’t wait for someone to come into their office and say they have found drugs. They look for it. We expect them to do the same thing for the trafficking of women — but they don’t,” she said. (Elisabeth Eaves, “Israel not the promised land for Russian sex slaves,” Reuters, 23 August 1998)

There is no law related to bringing women from another country into Israel for prostitution. (CEDAW Report, 8 April 1997)

If trafficked and prostituted women are caught they are deported. Since 1994, not one woman has testified against a trafficker. (Betty Lahan, director of Neve Tirtsa Prison, Michael Specter, “Traffickers New Cargo: Naive Slavic Women,” New York Times, 11 January 1998)

Lyubov, 17, arrived in Israel from a Russian coal mining city only to be sold into prostitution. Now she sits in a prison cell awaiting expulsion as an illegal worker. Six months ago, a man in Lyubov’s hometown told the young woman he could get her a plane ticket, a visa and a job abroad. She entered Israel with a tour group and was met by a hotel owner who befriended her and gave her a job as a cleaner in exchange for a room. The hotel owner introduced her to friends, showed her around and taught her some Hebrew until one day he told her to get out of his car and into another. Then he drove away. “At first I didn’t know I had been sold. Then my owner told me he had bought me for $9,000,” Lyubov said in an interview in a prison office. Her new “owner,” as she calls him, told her she would work as a call girl.

It was the beginning of a stint as an unpaid prostitute — part of an international crime phenomenon which women’s groups see as a modern slave trade. Lyubov’s “owner” kept her and eight other women in two apartments. He never paid any of them but instead said they were indebted to him for their plane tickets and every expense incurred, from doctors’ visits to haircuts. Transported to clients by drivers and often under guard, Lyubov had sex with an average of six men a day for about $75 an hour. All she could keep were tips. She worked round the clock, seven days a week, with no holidays except for Yom Kippur, the holiest day of the Jewish calendar. “You have to have very strong nerves to do this kind of work,” she said.

Life in Russia was very difficult. “There were days when I had nothing to eat,” Lyubov said. She weighed 50 kg (110 pounds) when she left Russia, and gained 20 kg (45 pounds) after arriving in Israel. She said circumstances had made it hard for her to quit (leave her “owner”). “I came into this circle and then it was very hard to get out. My papers were fake, I had no money, I had no acquaintances and I was in an enclosed place,” she said. The nearest police station was across the road from the apartment where Lyubov was kept but she never went there, inhibited, like many others, by the double bind of fear of her owner and fear of deportation. “I kept hoping some day I would earn some money. But when they actually caught me, I was relieved,” she said. (Elisabeth Eaves, “Israel not the promised land for Russian sex slaves,” Reuters, 23 August 1998).

Men pay for 25,000 acts of prostitution every day. There are 250,000 foreign male workers who help create a demand for prostituted women. Women are held in apartments, bars and brothels where they are bought by up to 15 men a day. They sleep in shifts, four to a bed. (Police officials, Michael Specter, “Traffickers New Cargo: Naive Slavic Women,” New York Times, 11 January 1998)

The Russian mafia has moved into Israel to profit from trafficking and prostitution. Police in Israel have been keeping around 30 organized key crime suspects under surveillance. (Kevin Connolly, “How Russias mafia is taking over Israels underworld,” BBC, 3 April 1998)

£2.5 billion (US$4 billion) of organized crime money from the former Soviet Union has been invested in Israeli real estate, businesses and banks in the past seven years. Gregory Lerner, who was arrested in 1997 for defrauding four Russian banks of £70 million (US$106 million), was reputedly sent to Israel to head up one of the money laundering operations. One highly profitable area in which organized crime thrives is prostitution. Dozens of brothels and peepshows have sprung up in Tel Aviv and Haifa in the last few years. (Former police chief Asaf Hefetz, Kevin Connolly “How Russias mafia is taking over Israels underworld” BBC, (3 April 1998)

Amir, a Tel Aviv pimp, said a woman could cost up to $20,000, depending on her looks. “It’s like a car. It depends how valuable she is,” he said, standing on a street lined with flashing lights advertising brothels near Tel Aviv’s old central bus station. Arabs and Orthodox Jews have “very strong taboos against sexual connections outside of marriage and therefore go to a place where they can do it more anonymously. It’s a matter of supply and demand,” he said. (Elisabeth Eaves, “Israel not the promised land for Russian sex slaves,” Reuters, 23 August 1998)[/fusion_builder_column][/fusion_builder_row][/fusion_builder_container]