Bulgaria is a source and, to a lesser extent, transit and destination country for men, women, and children subjected to sex trafficking and forced labor. Bulgaria remains one of the primary source countries of human trafficking in the EU. The government and NGOs report a significant increase in the number of Bulgarian and Roma victims subjected to forced servitude, particularly in Poland, Spain, and the United Kingdom. Bulgarians of Turkish ethnicity and Romani women and girls, some as young as 13 years old, account for most of the sex trafficking victims identified in Bulgaria, particularly in the capital, resort areas, and border towns.

Bulgarian women and children are subjected to sex trafficking throughout Europe. Victims are increasingly exploited through a combination of sexual and labor exploitation, including domestic servitude. Bulgarian children and adults with disabilities are forced into street begging and petty theft within Bulgaria and abroad. Romani children are also vulnerable to forced labor, particularly begging and pickpocketing. Bulgaria is a destination country for a limited number of foreign trafficking victims, including trafficking victims from Africa and Southeast Asia. Government corruption in law enforcement and the judiciary continues to enable some trafficking crimes, and officials have been investigated for suspected involvement in trafficking. 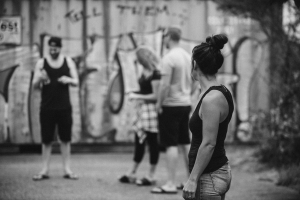