Arising from its geographical situation Hungary lies in the crossroad of east-western and south-eastern migration. Hungary is primarily a source and transit country for women and girls subjected to trafficking for sexual exploitation. The main destination countries in terms of trafficking for sexual exploitation are the Netherlands, Switzerland, Austria and Germany. Besides the transnational form, human trafficking exists in Hungary internally in a lesser extent too. Within the country the exploitation of victims is concentrated in the capital and its surroundings, around Lake Balaton and along the Austrian border.

Human trafficking has several root causes, so called pull and push factors which play important role and contribute to the spread of human trafficking. The economic and social factors like high unemployment, poverty, inequality in the labour market, and demand for cheap labour are incentive and contribute to human trafficking. Regarding the groups at risk of trafficking it can be established that the low educated young adults – mostly women – in Eastern, North-Eastern Hungary are the most vulnerable. They are easily trapped by false promises of well-paid easy jobs which do not require any special skills.

High-risk groups for trafficking include under-educated young adults, mainly women of Roma origin, who resided in poor conditions or child welfare facilities in eastern and north-eastern Hungary. Prostitution appears to be the easiest way to getting out of poverty, over-indebtedness, deprivation for the poorest sections of the population who expect high wages and better circumstances in the destination countries. Regarding the perpetrators in Hungary and in the countries of origin we can mention that they have informal relationship and in many case a family relationship to the victim. 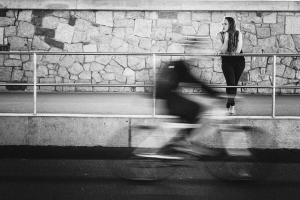